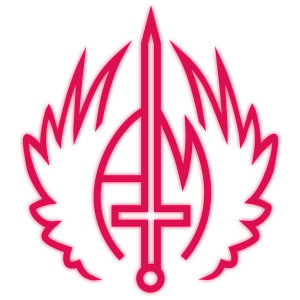 Really putting the "Art" in "articles". follow me on social media for more recent posts!

The first iteration of “The Misguided Saint and the Repentant Sinner,” illustration for Quincy Kay’s second novel, Hands of Thieves (coming soon!) was this:

A promising, circa early 2k15 Jo Turner original. I like the side characters peeping out from the background. However… sometime during the painting process, windows update happened. SAI saved… incorrectly.

This hellish image was all that was left of probably 12 hours of work. A few tears may have been shed.

But, I still had screenshots (the ones above, in fact!) to trace and color pick from. And I had already began to rapidly improve, so I bring you to this step in the illustration:

Which, as you may or may not could have guessed, was also destroyed via incorrect force-save some time after this screenshot was taken.

Deciding that the file was cursed, I moved on. I moved right along. I got super ambitious with my art style and this monstrosity was born:

It started out promising. This step I took about 7 months on, because I was really into painting and the painterly look but had no idea how to accomplish it. It took so long that I improved out from under myself. I couldn’t make the character Siegfried look like the character Siegfried, no matter how hard I tried. I only seemed to make it worse every time I added more to it, so… I gave up!

Because a good artist knows when to throw in the towel and start over.

And I’m so glad that I did. Just look at how lovely the last iteration was:

And an incredibly successful end result, if I may say so!

Also, I found this sketch image deep in my files…

It’s “wow.jpg.” I think it was a sketch that I just… kind of forgot about and did again? Hm. Life’s little mysteries.